I visited a primary school in Collserola, Escola Els Xiprers, 20 minutes train ride north of Barcelona and then a walk up a wooded hill. The visit was co-ordinated by an expanding international film education programme – Cinema en Curs based in Barcelona. They have been working with teachers and pupils in primary and secondary schools since 2005, in partnership with professional practitioners. I observed a couple of classes, one equivalent Year 4 (age 8-9) class and one Year 7 (age 11 – 12). In a previous session Year 4 had taken photos of the area surrounding the school with a professional photographer, they were now in the process of discussing each group’s photos – what they notice about light, framing and camera distance – which they then recorded in their books. This exercise represents part of a series of introductory sessions, co-ordinated by Cinema en Curs equipping the children with ways to talk about the visual.

The class was in Catalan, but I got the gist of what was being said. There were sophisticated comments made about proportion and scale with reference to the close-up shot of the grass (& Bugs Life?), about blurred shots and the effect this had, about shots implying movement, about the window shot being a framing device.

The older group have been studying the audiovisual for some time, watching clips of European and ‘World’ cinema. Various groups in the class had particular tasks and responsibilities on a rota basis: some were bloggers, noting down any new cinematic vocabulary (vocabulari) ; some were ‘knowledge ambassadors’ whose job it was to spread moving image literacy to other classes (difusio); some in charge of equipment (equips); some captured the session in a blog post (bloc) and some embodied the learning in photos/text on a wall display (sac de cinema). The emphasis here is on the children taking responsibility for and sharing their learning.

This particular lesson was about the use of the diffused out-of-focus shot as a device to refocus attention elsewhere. We watched a Gus van Sant clip from ‘Elephant’ demonstrating the idea. There were 2 parallel sequences one following the back of a boy student walking along the school corridor who exchanges words with another; and then the same event from the point of view of a girl student (barely noticeable in the first clip) passing quickly and hesitantly by the two boys. She is then followed into another space where the scene widens beyond the back of the girl into an office whereupon normal focus is resumed. The Year 6 class spoke about how the audience’s view is highly manipulated and guided in specific ways with specific effects depending on the depth of field and the movement of the camera. There was an established feel to the older class in particular and the routine Wednesday morning concentration on audiovisual diversity will likely be lodged in the memory and accompany them on their future cultural encounters.

They then looked at photos taken by class members of an exterior staircase and railway settings amongst others. Lines of sight, depth of field and variegated light / focus were the main areas of class discussion. By way of an exchange of information I showed them the film made with similarly aged primary school children in the school where I work in East London. There was no dialogue and featured a zombie, so it worked well. 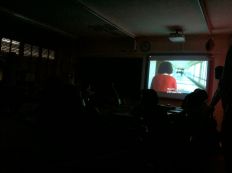 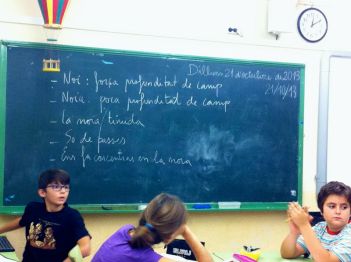 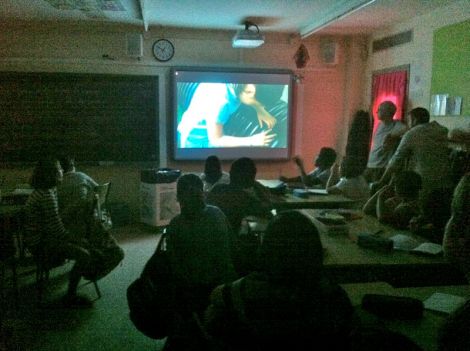 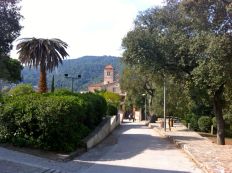 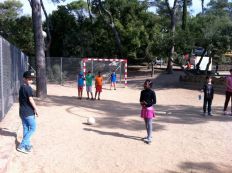 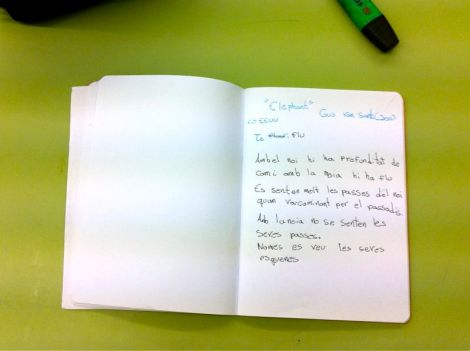