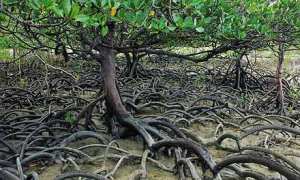 I’ve just been reading Ann Pendleton-Jullian’s paper called: Design Education and Innovation Ecotones – an esoteric sounding document. However, it has been one of the most inspiring things I’ve read over the past few weeks. She is an educator in design and architecture, however her insights obtain in many different fields.  What she says maps immediately onto the current education system and how things could be, as well as numerous aspects of my thesis, all articulated with rigourously attuned metaphors and a kind of modest poise. I think I may have found the kind of writer I’d like to emulate.

Her overall intention is to articulate cultures of innovation and to integrate this thinking into current institutional systems whilst exploiting the relatively unrealised potential of digital technology. Her approach is refreshingly pragmatic and cogently theorised.She compares ecotones (sites where two biologically diverse environments meet) with sites of social tension and innovation. Pendleton advocates the development of small hubs of innovatory practice – a multiplicity of managed, porous entities – out from which extend ‘corridors’ of interdependent digital activity. The idea being that this body of ‘in transit’ skills and expertise formally links ‘edge practices’ with those of core institutions with iterative rhythms.

It reminds me of:

Through the lens of design pedagogy and metaphor, she explores a new inclusive educational paradigm:

This formulation might inform the dispersal of media education initiatives.